3 Brilliant Small Dam Designs in the U.S. and Canada

3 Brilliant Small Dam Designs in the U.S. and Canada

Building multiple small dams shines a light on the popular old phrase “strength in numbers”. Despite being many times smaller than the behemoth reservoirs we see in documentaries; smaller dams make up a significant portion of the power distributed through the grid.

We have all heard of Oroville Dam and Hoover Dam. Given their size and the quantity of water they hold, they are much more likely to attract attention from individuals and from the media.

Unbeknownst to many, there are a number of smaller dams (some of which you can actually swim in) that generate a constant and more reliable stream of electricity. This blog explores dams that tip towards the smaller end

What are small dams?

When speaking of small dams, there is a clear distinction we should establish: the difference between small hydro and small dams.

Small hydro typically refers to any small-scale hydropower project that generates less than 50 megawatts. This may or may not include projects that include a reservoir to hold water (that is, dams).

Any dam that is under 25 feet in height, and less than 2000 acre-feet of the reservoir area. A small dam can be used for a variety of purposes, such as irrigation, drinking water, or generating electricity. For this blog, we will only be focusing on small hydroelectric dams.

A hydroelectric dam only requires a vertical drop of 2 feet in order to generate power. For hydropower projects that use a submersible turbine, however, a small stream of water only 13 inches wide can generate a considerable amount of electricity.

There are several small dam projects that have arisen recently, both government-backed and community-backed. In fact, there are 100,000 small dams built across the U.S. It is unclear how many of them are retrofitted for power generation since no research has been conducted on the matter as of the time of writing this blog.

What are the benefits of small dams?

Regardless of their size, where larger dams fail, smaller dams succeed. There are a number of benefits smaller dams provide. Some of the most common benefits of building small dams include:

1. They are often more cost-effective than large dams.

This is because they require less construction time and labor. Building a large dam can cost more than a billion dollars, making them a very costly investment. A small dam, however, can be constructed with just a few thousand dollars.

2. They can be built where larger dams can’t be built.

Larger dams need a lot of space, and can only be built in very specific locations, such as between mountains. This is not the case with smaller dams, which are much more versatile due to their compact nature.

3. They are a much safer alternative to larger dams.

A major concern with larger dams is a breach of the dam wall, which will have catastrophic consequences. Smaller dams hold a far lesser amount of water, making them a significantly safer alternative.

4. They help limit flooding risks when built on rivers.

A small dam is a small reservoir of water, which can store excess water caused by rain. This decreases the risk of the river overflowing its banks and flooding the neighborhood.

5. They are a reliable source of power to rural areas.

Rural areas which have limited access to power from the grid can instead rely on a small dam built in their neighborhood. They also generate power at a much lower cost than by burning fossil fuels.

6. They improve the water supply for rural communities.

Small dams act as water reservoirs in areas with limited access to water. This is enhanced thanks to their ability to store more water in a smaller area. Water from a small dam can be used for drinking, irrigation, and a variety of other purposes.

What are the drawbacks of small dams?

No energy project comes without drawbacks. However, when choosing between small dams and large dams, it is important to weigh the drawbacks of each before deciding. Here is a list of drawbacks small dams come with:

1. They do not generate as much power.

Dams rely on the kinetic energy of flowing water to generate power. Water is given its kinetic energy by flowing downstream, in the direction of gravity. Smaller dams do not have high enough reservoirs to release water at terminal velocity, to maximize kinetic energy.

Furthermore, the size of the reservoir itself is small, compared to larger dams. Additionally, the turbines smaller dams are fitted with are considerably miniature compared to the ones in large dams, which means less power will be generated.

2. They may cause more harm to marine life.

It is no surprise that obstructing the path marine life passes through is generally bad. Dams are often built on rivers, which act as the corridor between feeding and breeding grounds for several marine species. With larger dams, the problem is smaller since they only block a single path most of the time. Additionally, big dams have “fish ladders” that allow fish to pass through along their natural path.

Small dams are a bigger problem considering that they do not have fish ladders installed most of the time. Besides, several smaller dams will have to be installed to generate as much power as a large dam, which increases the number of natural fish pathways blocked.

3. They can be costly to maintain.

Maintaining a big dam itself is more expensive. However, maintaining several small dams comes at a cost slightly greater than maintaining one big dam, a recent study has concluded.

While there is no doubt that building smaller dams is cheaper than building larger dams, one has to put the amount of power generated per dollar spent in comparison to the two options. When comparing maintenance costs, big dams take the crown for being the cheaper option for every megawatt of power generated.

Small dams are being built all across the globe to generate electricity. It is considered a much safer and more convenient alternative to building large dams which cost billions. Here are a few interesting small dam designs in North America:

If you take a large dam and shrink it enough to be just 96.5ft high, you’ll have Inks Dam from Texas. This dam does its job effectively: generating hydropower. When running at full capacity, the small dam produces up to 13.8 megawatts of power. The dam’s design also doubles as a fish hatchery. Inks Dam has 30 ponds specialized for this purpose.

One thing unique about this dam is that it doesn’t have a floodgate. Instead, the water from the Inks Lake flows downstream at a constant rate, turning a single turbine as it flows.

A major concern in building multiple small dams is the damage it causes to marine life. Small dams act as a blockade to migrating fish in rivers. Inks Dam, however, gives back to the environment by facilitating a fish hatchery.

Malibu Hydro is another small hydroelectric dam in British Columbia, Canada. The dam generates nearly 600 kilowatts of power when running at full capacity. This “small dam” is unique since the hydro system starts all the way from a high alpine lake, and consists of two smaller dams.

The hydro system relies on two weir dams instead of one, in order to function properly. The purpose of the first weir is to slow down and limit the water that passes on to the second weir. The second weir also serves as the intake for the powerhouse (which contains the turbine and generator).

The powerhouse is located beneath the second weir and converts the kinetic energy of the water flowing downstream into electrical energy.

When speaking of the Rutherford Creek Hydroelectric Project, we refer to a run of the river hydropower project, involving a rather strange concept of a dam, rather than just a single reservoir of water. The unique design of the dams installed in Rutherford Creek has inspired many countries across the world.

The project is said to generate 50 megawatts of power and is owned by Innergex. This project is special because the dam itself is made of rubber, and …wait for it – it is inflatable!

The inflatable dam is 9.8ft high and has a vortex descender for an intake. There are Two 6-Jet Vertical Axis Pelton units for the turbines, which are directly linked to the generator.

A fascinating fact about this rather unusual dam is that the project leaders have created an artificial kayaking course as a part of the facility. This makes the dam more than just a hydroelectric power plant. It is a popular holiday destination too!

Small dams may not be so small in their impact on replacing fossil fuels with clean, renewable hydropower. While a small dam doesn’t generate as much power as a large dam, smaller dams require several times lesser investment to be constructed and retrofitted.

The benefits of small dams are plenty: they can be installed in tighter spots where larger dams cannot be constructed, they can provide a reliable source of power to rural areas, and they are generally safer than massive dams that hold several million cubic yards of water.

However, there are some drawbacks that should be considered when constructing smaller dams, such as their maintenance cost and the harm they cause by blocking the natural pathway of marine life in a river.

There are several countries and companies that have invested in smaller dams, and the outcome is nothing short of interesting. We have picked three interesting small dam designs that are entirely different from one another: the Inks Dam, the Malibu Hydro Dam, and the Rutherford Creek Hydroelectric Project.

You could invest in a small dam yourself since the investment is a completely affordable one in most cases. If you wish to find out more about small hydro, read our blog on micro-hydropower and discover an entirely different approach to hydroelectricity. 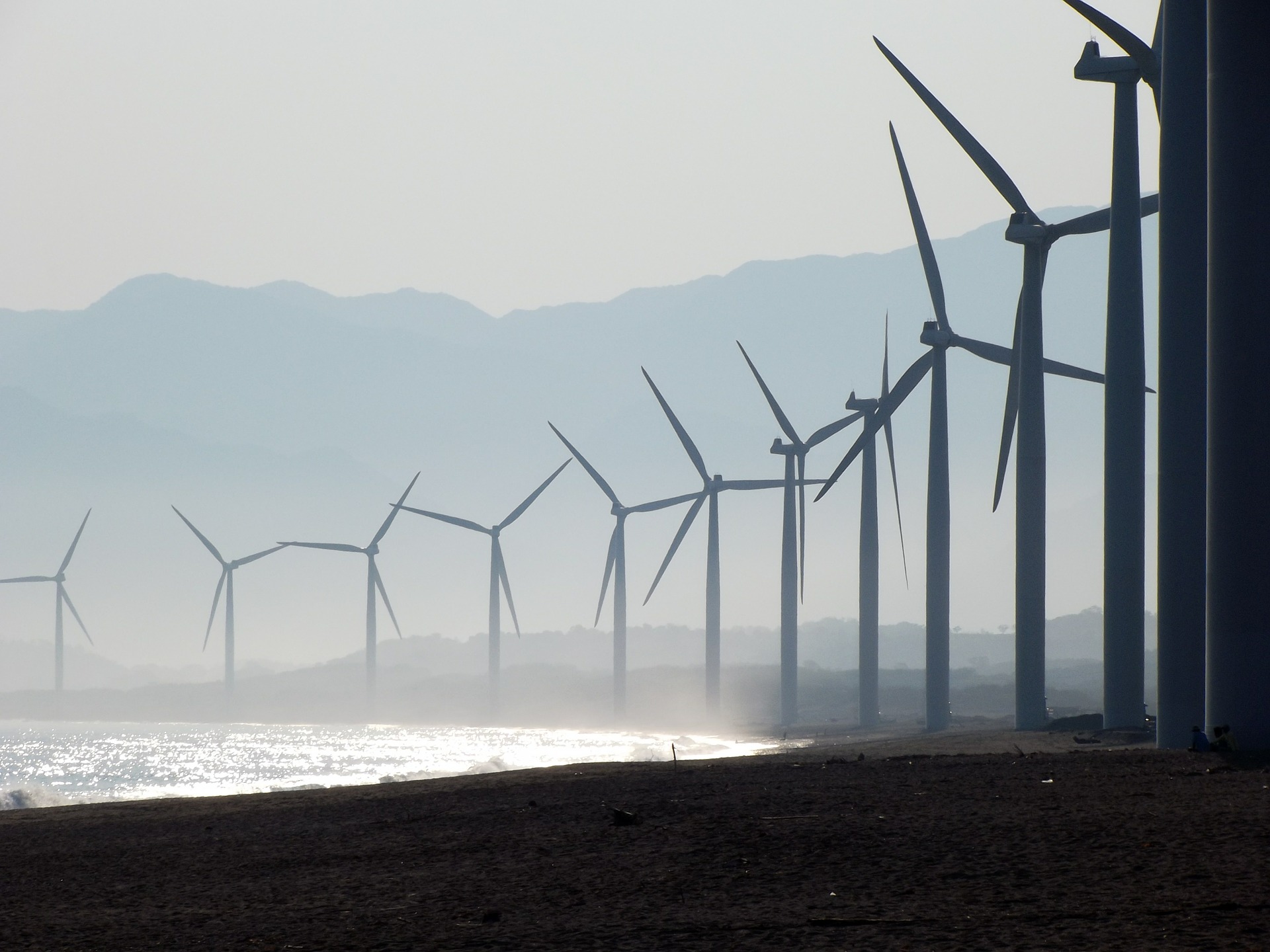